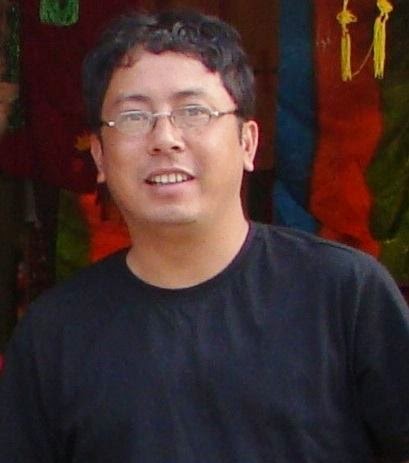 Suresh K. Lama, a social cultural figure from Majhitar- East Sikkim was born in Sikkim Mining Complex, Rangpo. Since his school days he used to take part in different social, cultural, sports & academic events that used to take place at schools. He was an average student with enormous ability hidden since his childhood. He had represented his schools in many events in State & District level competition. He started his studies from a small Government Primary School and later earned the Degree from Sikkim Government College, Tadong-Gangtok.

He is a Technical Consultant for various Government and Private Organizations and associated with Hotel & Travel Business. He is actively involved with social and tourism developments of Majhitar & Sikkim as a whole through many means. He is the founder of Mazitar Tourism Promotional & Development Committee and the Advisor for Bhasmey Samaj.  He is the Founder-President of Sikkim Tamang Youth Society also. Besides that his hobbies includes Marketing & Promoting Sikkim made movies around India and Abroad. His other interest includes promoting new Singers and Visual artist of hill areas in national arena as well as in abroad and he is doing his part successfully till date. In the year 2012 he was specially invited to Judge the MONTAGE 2012 (Documentary Film Festival) at prestigious St. Joseph's College , Darjeeling, West Bengal. He is also the Founder Member and Marketing Head for a prestigious social-cultural literary magazine “Thoughts & Pen” which circulates all over India and some abroad countries too. He was officially announced and respectfully included as a member of “Basibiyalo” Singtam, East Sikkim by Founder Shri. Mohan “Neeraj” Pradhan. Besides these he is the Founder-Advisor of Majhitar Samaj Kalyan Samiti, East Sikkim & Advisor for Pendi Valley Eco-Tourism Village Committee at Gadi-Budang, West Pendam Constituency for promoting village tourism of this area worldwide. He is the member of LIONS CLUB INTERNATIONAL and played measure role on implementing unique social projects coordination around the Sikkim state. He is closely associated with Mumbai based E3 Entertainment (P) Ltd company for promoting events in the North-East Region of India.He is the Chief Coordinator (State) for Federation of Consumers Association of Sikkim and executed so many consumer awareness programmes around the state . He is the active Member of Samaj Sudhar Samiti, Rangpo, East Sikkim, under this NGO banner he had personally taken initiative to reach out the relief materials to Pedong, West Bengal Fire Victims, Nepal Earthquake Victims, Landslide Victims of Darjeeling, West Bengal. His conceptualized #Sikkim For Nepal campaign was famous all over Sikkim to help out the Earthquake victims of Nepal.  He is the Publicity Head of Nagi Tourism Development Committee (NTDC) of Namthang-South Sikkim also, in the banner of NTDC he had promoted first of its kind festival in India named as a 1st Nagi Tourism & Organic Festival (31st Dec-2nd Jan 2015) which had encouraged more than 30,000 visitors during 3 days of festival. Besides he is the Member of Civil Defense Force which comes under Government of India. He is the Media Coordinator of Tamang Literary Society of India.He is the Publicity Secretary of Bharatiya Gorkha Parisangh (Sikkim State) a biggest Gorkhas Organisation of India and the Vice President of National Confederation of Dalits Adhivasi Organisation (NACDAOR) Sikkim State , NACDAOR is a National organization which advocates and gives rights to backward classes. He is the Media Head (South East Asia) for International Tamang Council , Headquarter Kathmandu, Nepal. Recently January 2016 he was appointed as a Marketing Advisor for Nepali Literary Magazine "Margadarshan". He is the Spokesperson(Sikkim) for National Human Rights & Crime Control Organization. In January 2016 under his creation first of its kind festival of Sikkim was organized in the brand name of Majhitar Food & Drink Festival (22nd Jan-24th Jan) which had attracted more than 40,000 visitors from home and neighboring states of India at Majhitar, East Sikkim near the Gateway of Sikkim Rangpo which is famous for education and multi national companies in Sikkim, he had presented himself as a Creative Head of the festival. The concept was well appreciated by the Department of Tourism, Government of Sikkim and for the same organizing committee had received the appreciation letter from Principal Secretary of the concern department. Coordinated 4th INAS Film Award held at Gangtok, Sikkim which was attended by Nepalese Artists & Bollyhood Artists.

Memories Fact & Awards :
During his college days he had given free teaching (daily 2 hrs) to the under privileged students (who can't take paid coaching classes) of government school's in the Sikkim Government College premises for the period of One Year. For this social initiative he was presented with Appreciation Certificate from the Principal of College Fr. M.J. Moolel. He was already Felicitated at his hometown Majhitar, East Sikkim during Independence Day for his Social work from the hand of First Industrialist of Sikkim. Felicitated for his social cultural support to Sikkim No. 1 Dancer reality show by Chief Whip , Government of Sikkim. Felicitated by Hon'ble Chief Minister of Sikkim for his outstanding contribution on promoting Nepali Films of Sikkim. Year 2015 he was in the nomination list for "Green Ambassador of Sikkim" award by the New Delhi based NGO for his works in Environmental protection work since many years. He was felicitated by All India Nepali Film Fraternity on his contribution on promoting & marketing for Film "Anmol Tshan" which won the 3 North East Prag Cine Award 2015 at Dibrugarh, Assam, which is first of its kind by any Nepalese Film in India. He was felicitated by Lions Club of Rangpo for his enormous manual support to the Nepal Earthquake Victims in the main area of crisis in which his concept creation of "Sikkim for Nepal" campaign engulfed whole India.Recently he was felicitated & awarded by Hon'ble MLA & Parliamentary Secretary for his enormous contribution on promoting & identifying Namthang Rateypani Constituency of South Sikkim in the global map. He was felicitated by the Positude a organization who organizes the yearly Miss Sikkim beauty pageant for his support to make this event successful. He was feliciated by Shillong Tamang Buddhist Association and Tamang Development Welfare Board , Kalimpong, West Bengal during the occasion of Sonam Lochar festival.  He was awarded with Indrakeel Samman by the Rastriya Kavi Sangham for his contribution in the field of journalism.

In The Media:
He was already interviewed  by National Channels viz. NDTV Goodtimes, North East Doordarshan, ANI , Nepal1 besides these local channels Nayuma Television of Sikkim, Himali Channel of Darjeeling already broadcasted his interview. He was interviewed by Radio Stations viz. 91.9 FM, RED FM & Radio Misty  95 FM. He was widely interviewed by National , Local Newspapers & Magazines and featured in many online portals around the world.
Previous work in the field of Media:

Concept Creator , Production Designing, Editing, Scripting & Live Narration for "REDEFINING MAJHITAR" a documentary film on potential tourist places of West Pendam Constituency under the banner of Majhitar Tourism Promotion & Development Committee which is Directed by Vinod Sereng which was released by Hon'ble Minister for IPR,Industries & Excise of Government of Sikkim Mrs. Neeru Sewa in the year 2010.

Directed "Parichay" a short biographic film on one of the personality of Sikkim.

Besides this he had Directed, Promoted, Assisted & Edited many music videos produced in Sikkim.

Posted by Suresh Kumar Lama at 02:36 No comments: 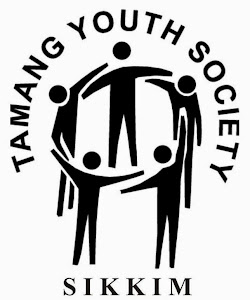 Get more information's on Tamang's of Sikkim & the World